“For the last 13 years, Joe Staley conducted himself in a manner that epitomizes the 49ers way and set a tremendous example for his teammates and our community,” said 49ers CEO Jed York. “A consummate professional, one of the best players in the game and a great human being, Joe has left an indelible mark on this franchise and everyone he has come into contact with throughout his career. His passion, sense of humor and heart are just a few of the many traits that allowed him not only to be a team leader but also an ambassador for our game and the Bay Area.”

“One of the most respected and well-liked players in the NFL, Joe was integral to the success our organization has experienced over the last decade. I know Joe wrestled for some time with this decision because of his love for the 49ers and the game of football. As he walks away, my hope is that he does so knowing how greatly appreciated he is by the 49ers organization, my family, and our Faithful fans.”

“Forever a member of the 49ers family, Joe holds a special place in our hearts and will go down as one of the true greats in the storied history of our franchise. I look forward to supporting him, his wife, Carrie, and his daughters, Grace and Audrey, as they embark on the next chapter of life.”

Staley (6-5, 315) was originally selected in the first round (28th overall) of the 2007 NFL Draft by San Francisco. Throughout his 13-year career, he started all 181 regular season games in which he appeared, as well as all 11 postseason contests, including two Super Bowls. Recently named to the 2011-2019 Pro Football Hall of Fame All Decade Team, Staley earned All-Pro honors in 2011, 2012 and 2013, in addition to being selected to six Pro Bowls (2012-2016 & 2018). Last season, he started seven regular season games and three postseason contests at left tackle.

Staley finished his career ranked fifth in franchise history for the most games played by an offensive lineman (181), trailing only T Len Rohde (208), T Keith Fahnhorst (193), G/C Randy Cross (185) and C/G Jesse Sapolu (182). A member of San Francisco’s 10-Year Club, which recognizes 49ers players whose tenures reached the 10-year mark, Staley was also a two-time recipient of the Bobb McKittrick Award (2014-15), given annually to the 49ers offensive lineman who best exemplifies the dedication, excellence and commitment of former offensive line coach Bobb McKittrick. In 2019, Staley was selected as one of eight finalists for the annual Art Rooney Sportsmanship Award for the fifth-consecutive season.

A 35-year-old native of Rockford, MI, Staley played at Central Michigan University, where he earned consecutive First-Team All-MAC honors in both his junior and senior seasons. He played in 46 games (39 starts) for the Chippewas and helped the team produce a 1,000-yard rusher in three of his four seasons (2003-05). He and his wife, Carrie, have two daughters, Grace and Audrey. 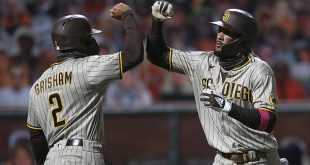 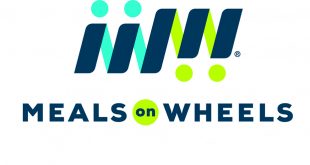 Meals on Wheels to prep Food for Seniors during Power Shutoff

BY DANIEL GLUSKOTER In one of the best pitching duels of the season, the A’s …