The 19th annual Hardly Strictly Bluegrass festival in San Francisco saw over 80 diverse acts perform during a three-day concert over the weekend that drew over 300,000 people to Golden Gate Park.

A gift from the late Warren Hellman to music fans throughout the Bay Area and beyond, the concerts started out as a free festival devoted to bluegrass music but has evolved to include many different genre’s of sound as it’s grown into one of the largest free festivals in the country.

Hellman, a successful financier and philanthropist who was an amateur banjo player himself, passed away in 2011, but his parting gift was creating an endowment to cover the costs that would ensure that the festival would continue long after he was gone.

While Harris has traditionally closed out the three day Festival, it was Plant’s Saturday evening performance at dusk that was the most transcendent. Playing to an overflow crowd that had Lindley Meadow bursting at the seams, the former Led Zeppelin lead singer and Rock ‘N’ Roll Hall of Famer delivered an eclectic 75 minute set of solo and cover material along with a generous dose of choice Zeppelin cuts including “When the Levee Breaks,” “ Black Dog,” “Gallows Pole” and a curfew busting “Ramble On.”

Daniel Gluskoter is the Martinez Tribune's national music and sports editor and a Bay Area photojournalist who's work has been featured in Rolling Stone, Time Magazine and Sports Illustrated. He covered the 2008 Presidential campaign as a correspondent for United Press International and has travelled worldwide covering events ranging from numerous Super Bowls and Olympics to Live Aid and the Grammys.
Previous Lakers A-Team spoils Warriors Chase Center debut 123-101
Next The Who continues to orchestrate rock history at Chase Center 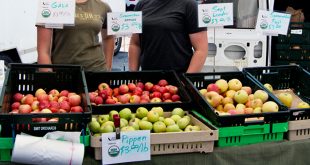 Martinez Farmers Market still a godsend during the pandemic 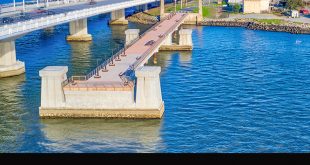 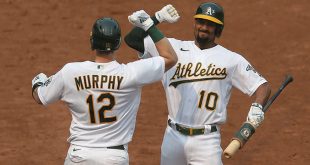